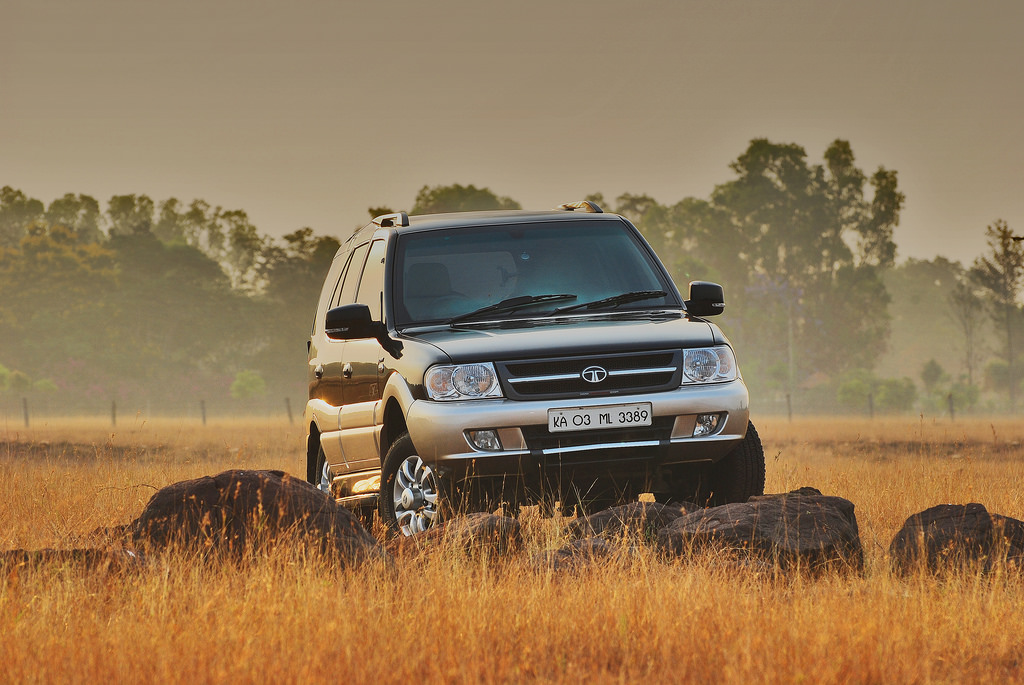 Tata motors has finally stopped the production of their iconic SUV, the Tata Safari Dicor recently. The most luxury SUV of its time, the Safari that made its debut in 1998 is finally dead. It has also been vanished from the official website of the Tata motors.

Safari was the first SUV that gave Indians the utmost taste of a luxury SUV. It will only available in the history books after the production of the same finally came to a halt at the Tata Motor’s factory situated in Pune. However, Tata Motors will keep-on producing and selling its successor, the Tata Safari Storme, but it will only be the available in the topmost 4×4 version in India.

The SUV was introduced at the Indian Auto Expo held in 1998 for the very first time, much before the Common Rail Direct Injection (DICOR) Technology became standard. Back then, the Safari became Tata Motor’s most sought after vehicle due to it being massively comfortable and the amount of luxury that it was offering. Moreover, it was very well priced at 8.25 lakhs rupees (ex-Showroom, Mumbai).

Initially, the Safari came with a 2 Liter TCIC (Turbocharged, Intercooled) Diesel engine that made 90 Bhp and 186 Nm of peak torque. Definitely, it wasn’t a powerful SUV but still performed fairly. With a Kerb Weight of about 1,920 kilograms, Safari felt underpowered but still it became a huge seller due to its price being highly appealing and the amount of luxury and comfort it was offering.

About Half a Decade later, Tata came out with a 2.1 Liter Petrol version in 2003 that produced 135 Bhp on tap. That amount of power was quite enough for it, but due to an extremely poor fuel efficiency of about 5-7 kmpl, this engine died quickly. The petrol version of safari was rather expensive than its diesel counterpart. With a price tag of about 9.35 Lakhs, the Petrol version wasn’t able to survive longer.

A couple of years more down the line, Mahindra launched the Scorpio and emission norms got tighter. It was time for Tata to respond to the same, so in 2005 Tata not just launched the Safari with a new 3 Liter DICOR diesel engine, but also performed a complete facelift along with some new features that effectively reduced the price.

The Safari’s new engine offered 115 Bhp and 300 Nm of peak torque, the performance boost that the safari was waiting for. And, its new price came out to be around 6.4 lakhs, which definitely was a Value for Money. Moreover, this new 3 Liter Dicor engine was un-reliable. That forced Tata to launch a smaller engine but with more power.

Later in 2007, the Tata Safari Dicor was born, with 2.2 Liter turbo-diesel engine, it came up with Common Rail Direct Injection Technology. This new engine produced 120 Bhp and 320 Nm of peak torque. Tata, as always, was offering both RWD and 4-wheel drive options. Now this was a complete all-rounder SUV as it offered not just ABS and twin air-bags, but with a huge list of other features as well.

The Tata Safari Legacy continued for a well 10 years, but sadly now it’s time to say Goodbye to the SUV that taught us feel what a luxury SUV is all about, but now, the Storme has taken over the Dicor. 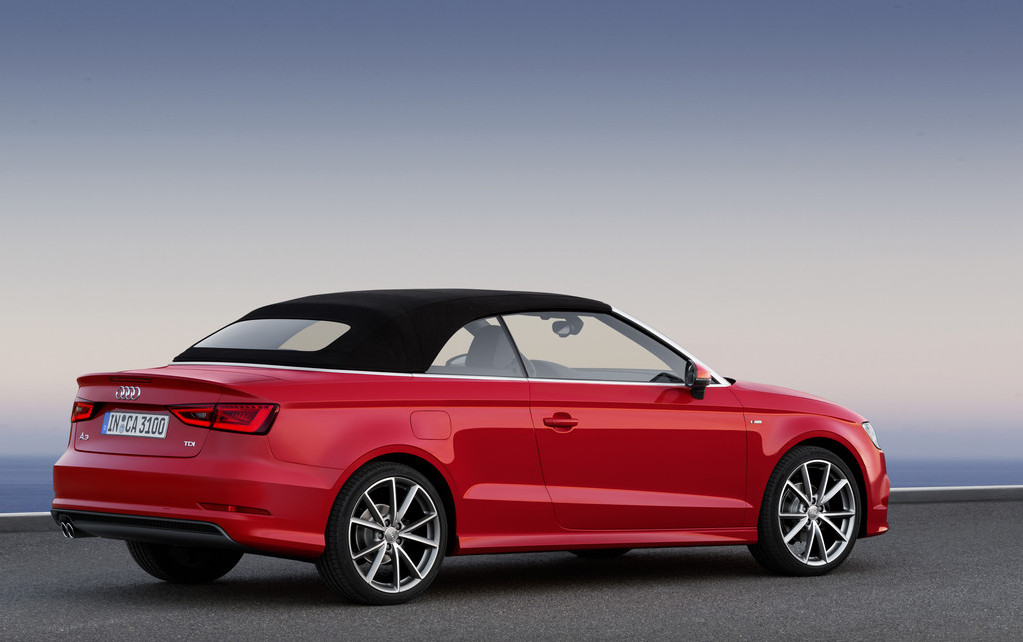 The Audi A3 cabriolet is most affordable and practical two-door convertible available on sale in India right now. You’ll definitely get the full Audi experience, but just in a shrunken package. The 2017 Audi A3 is the refreshed version of the earlier model with some more practical tweaks and much more aesthetic design. Moreover, this new A3 Facelift looks just like an A4, atleast on the front.

This facelifted version is not just an aesthetical upgrade, major insides have been taken care of as well. It gets an all new engine and some other practically useful features which makes this car even more appealing. Overall, there is quite a lot to talk about.

This change was initially implemented on the new Audi A3 Sedan, followed by the 2017 Audi Q3 and now, the Audi A3 Cabriolet. The Engine being provided on the new Audi A3 Cabriolet is less powerful and more economical. The 1.4 litre TFSI motor generates 150 PS of peak power at 5100 Rpm and 250 Nm of peak torque between 1500-3500 Rpm. The peak torque production by this new unit is same as that of earlier 1.8 Liter one but it is the peak power, which saw a drop of 30 Ps. The Audi’s 7-Speed S-Tronic gearbox is extremely smooth and responsive and you’ll not get a chance to complain.

Another one of a great economical feature that the new Audi A3 inherits from its bigger sibling, the Audi Q7, is the Cylinder On demand (COD) which shuts down 2-cylinders out of the available 4 when car is coasting and results in notable fuel savings in overall. The fuel efficiency of 1.8 Liter engine in the previous version car was quiet good in real life, but the new engine is as much as 10 -12% better.

The engine might appear smaller but it generates the same amount of torque as the previous generation engine. The 1.4 TFSI Turbocharged petrol motor provides a sudden burst of acceleration every time you need it. The Audi A3 Cabriolet accelerates from a standstill to 100 Kmph is just about 9 seconds, which is pretty impressive for this mid-ranged sedan.

The Audi A3 cabriolet has a slight edge over other everyday cars. It is quiet economical and much more practical. It’s much refined and it is definitely not for the true enthusiasts. If you’re an enthusiast and is expecting much from this car in terms of engine power and torque reliability, you’ll definitely be disappointed.

Now for the comfortability, the rear seats are strictly not for adults. The rear seats lack legroom and are much tighter, especially for the adults. However, it is much better for children.

The Audi A3 cabriolet is an uncannily better for its class and its ride quality. The Audi A3 Cabriolet glides on rough surfaces and broken roads quite well and the dual-zone AC unit provides a good air conditioning and a premium Bang and Olufsen sound system creating melodious beats. The seats are comfortable, however, the lack of electrical adjustment for the seats (driver’s seat at least) is not acceptable for this price range.

The Audi park assist in the new A3 surprised us as it was not available in the earlier version. Using the Audi’s Park Assist system, the Audi A3 cabriolet can park itself either parallel (or perpendicular) when guided to a suitable spot.

The three spoke steering wheel is standard with analogue-speed tacho and a color-MID display in the middle. However, you can opt-in for an optional virtual cockpit as well as it displays vital driving information in a High Resolution 12.3 inch TFT screen. This system has been installed out for the very first time in an Audi A3 cabriolet.

The MMI menu is retractable and is redesigned to make it more responsive and feature loaded with Apple’s car play compatibility. The MMI button control sports a touch sensitive touchpad, compatibility for multi-fingers gestures and to allow zoom-in function as well.

This update also features the wireless charging for mobile phones and a more receptive voice control. Bi-Xenon headlamps are standard, however, you can also opt for the optional LED Headlamps for a premium. With the LED package, you’ll also get amazing set of LED taillights which features the Audi’s latest dynamic turn indicators.

How well does it drive ?

The audi A3 is focussed on comfort, reasonable price and its practicality. However, some amount of body roll is experienced when you steer really hard. It is much comfortable for bad roads and It is quiet and good to drive. The gear lever is pretty well shaped and manual mode is the place where the most fun can be had.

The bumper is restyled and the front is now sportier with the radiator grille and the grille is bigger and more edgier than before. The bumper features bigger, angular and fuller looking air intake and the 7 horizontal single slats is replaced by six units of paired elastic. Now the headlamps are more flatter with a new found angular extension at bottom. Under the bumper, the rear diffuser is redesigned into a new shape and new colours are also added to palette.

The overall theme remains unaltered. However with addition of a bit more aggression and flamboyance to the front.

We believe that this one is more practical and reasonable and can be used as regular everyday cars pretty well. Other options are available, however, they are premium Mini cooper S or C – class cabriolet. The C class is more comfortable and practical but the prices are higher too.

At INR 49 Lakh (ex-showroom Delhi) Audi A3 Cabriolet is the most affordable convertible . You maybe thinking of a better alternative, but you won’t find anything much better at this price range. 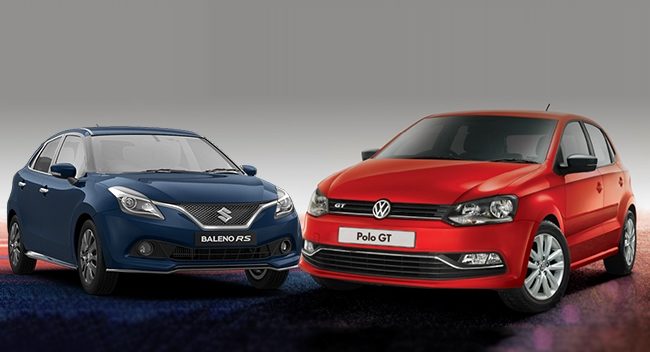 The Indian Automobile market is definitely getting bigger upon Performance Hatchbacks. The demands for cars with more powerful engines is growing exponentially. From Volkswagen Polo GT to Fiat Punto Abarth, indian automobile market is experiencing a great demand for these hot hatchbacks.

Now, Maruti Suzuki is out with a much faster version of their popular hatchback, the Baleno. Termed as the Baleno RS, it will sport a 1.0 Litre turbocharged petrol engine competing with the already established hot hatchbacks such as the Volkswagen Polo GT and the Fiat Punto Abarth.

While the Fiat Punto Abarth sports a much larger 1.4 Litre turbocharged petrol engine, it wouldn’t be fair to compare it with 1.0 Litre engine on the Baleno RS. But it can definitely compete with the likes of Polo GT.

Just like the Polo GT, the Baleno RS will be available in the higher end Alpha trim only. It is however priced lower than the Polo GT which has the sticker price of Rs. 9.05 Lakh (Ex-Showroom, New Delhi).While the price gap is not that much, the Polo GT can be considered as value for money as you’ll just get more features at a little price more. The feature will be Volkswagen’s excellent 7-Speed DSG gearbox. (This is only available in the TSI Petrol version though)

The Baleno RS will be powered by Maruti’s new 1.0 Litre Turbocharged Petrol engine, that churns out 100 BHP power and 150 NM of Peak Torque. The transmission available in the indian version is 5-Speed Manual. However, internationally, there Is an option of a 6-Speed Automatic too.

The Polo GT TSI sports Volkswagen’s 1.2 Litre Turbocharged Petrol Motor that outputs 105 PS Power and 175 NM of Peak Torque. This model however is only available in 7-Speed Dual Clutch Automatic Gearbox. There are no paddle shifters or a Push Start Button but it has Electronic Stability Control and Hill Hold Control.

If you want a Polo GT manual, then you’ll have to go for the GT TDI Diesel version which is solely available in the manual transmission only.

Both these cars only have a Higher Performance Engines apart from their regular counterparts. There is no change in dimensions though for both of them.

ARAI claimed mileages of Polo GT and Baleno RS are 17.21 KMPL and 21.1 KMPL respectively. Real world figures however will vary.

Both the cars are available only in the higher-end trim as I told earlier. So they definitely are feature loaded. Whereas, Baleno RS gets certain latest technological features such as LED Daytime Running Lights, Projector Headlamps and LED Tail Lamps. However, it lacks certain features that Polo GT consists of such as Cruise Control, Cooled Glove Box, Cornering Headlights and Rear Fog Lamps.

Get more features for more price.

Specifications – The Polo GT wins here as it has more power and a better Dual Clutch Automatic Transmission.

Features – Polo GT is fairly well-equipped but Baleno RS is unique in its own way.

Design – Looks and feels are one’s personal choice. This depends upon one’s taste in cars and how one sees a car. This is definitely to be decided by you.